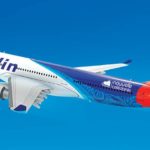 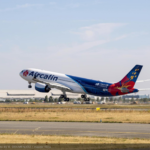 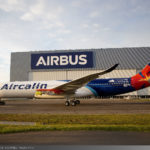 Aircalin, created in 1983, is the carrier of New Caledonia. It flies from Noumea to 11 destinations in the Pacific: Sydney, Brisbane, Melbourne, Auckland, Nadi, Port-Vila, Wallis, Futuna, Papeete, Osaka and Tokyo. The fleet is now made of Airbus A330-200, offering 266 seats of which 24 in Hibiscus Business Class, and Airbus A320, with 146 or 158 seats, of which 8 in Hibiscus Business Class. Four new aircrafts A330-900 Neo and A320 Neo have been ordered and will replace the current aircrafts. The first delivery is expected during the second half of 2019.
Aircalin links Europe to New Caledonia on the shortest route via Japan, thanks to the partnership with Alitalia, Air France-KLM, Finnair and other major European carriers; from Italy it is possible to reach Noumea from all major airports.
.

With its fleet of Airbus A330-200 and A320 aircrafts, AIRCALIN operate 22 international flights to 11 destinations from Noumea: Tokyo, Osaka, Sydney, Brisbane, Melbourne, Auckland, Port-Vila, Nadi, Wallis, Futuna and Papeete. The airline also fulfils a public service mission by operating daily flights between the islands of Wallis and Futuna using 19 seater Twin Otter aircraft.

The maintenance is realized according to the European standards (EASA Part M and Part 145).

THE WORLD OPENS UP TO YOU

With more than 100 destinations in the entire World and daily flights, Aircalin makes you travel according to your desires.

Whether it is in the Pacific, in Asia, in Europe or toward North America, find here your next destination.

The  new Hibiscus  class cabin,  which calls to  mind  the  New Caledonia  seashore, is a privileged space, marked by  modernity, quality and comfort!

THE OPAL SEAT FOR OPTIMAL COMFORT

The OPAL seat was developed and launched in  2017  by  Stelia  Aerospace; the  seat has been designed to optimize the customers’ storage space and comfort.

The OPAL seat is ergonomic, connected and luxurious; its private space is functional and very comfortable. The seat was designed by Bruno  Saint Jalmes, a renowned  designer who works for Airbus and for famous carmakers such as Audi.

Private space :  a  bucket seat which  can  be turned into a bed that can reach up to 2.08 m in  length;  it  has   a  retractable separator for the middle  rows,  a directional  reading light,  a 3-point  seat belt, lifting armrests, a cocktail table, many storage spaces and  a “treasure box”. 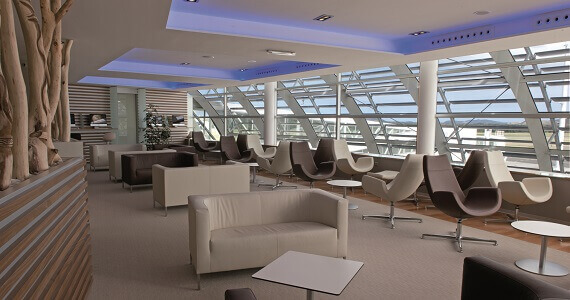 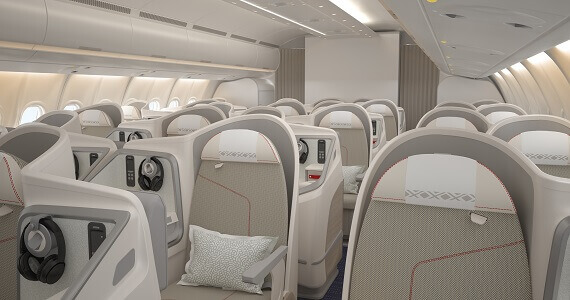 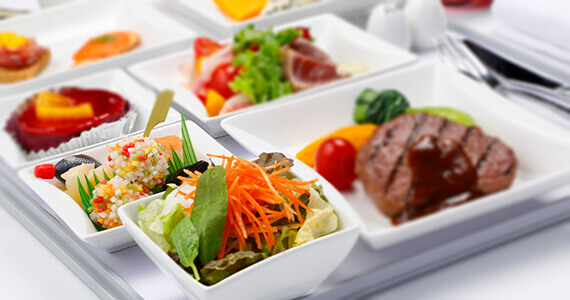 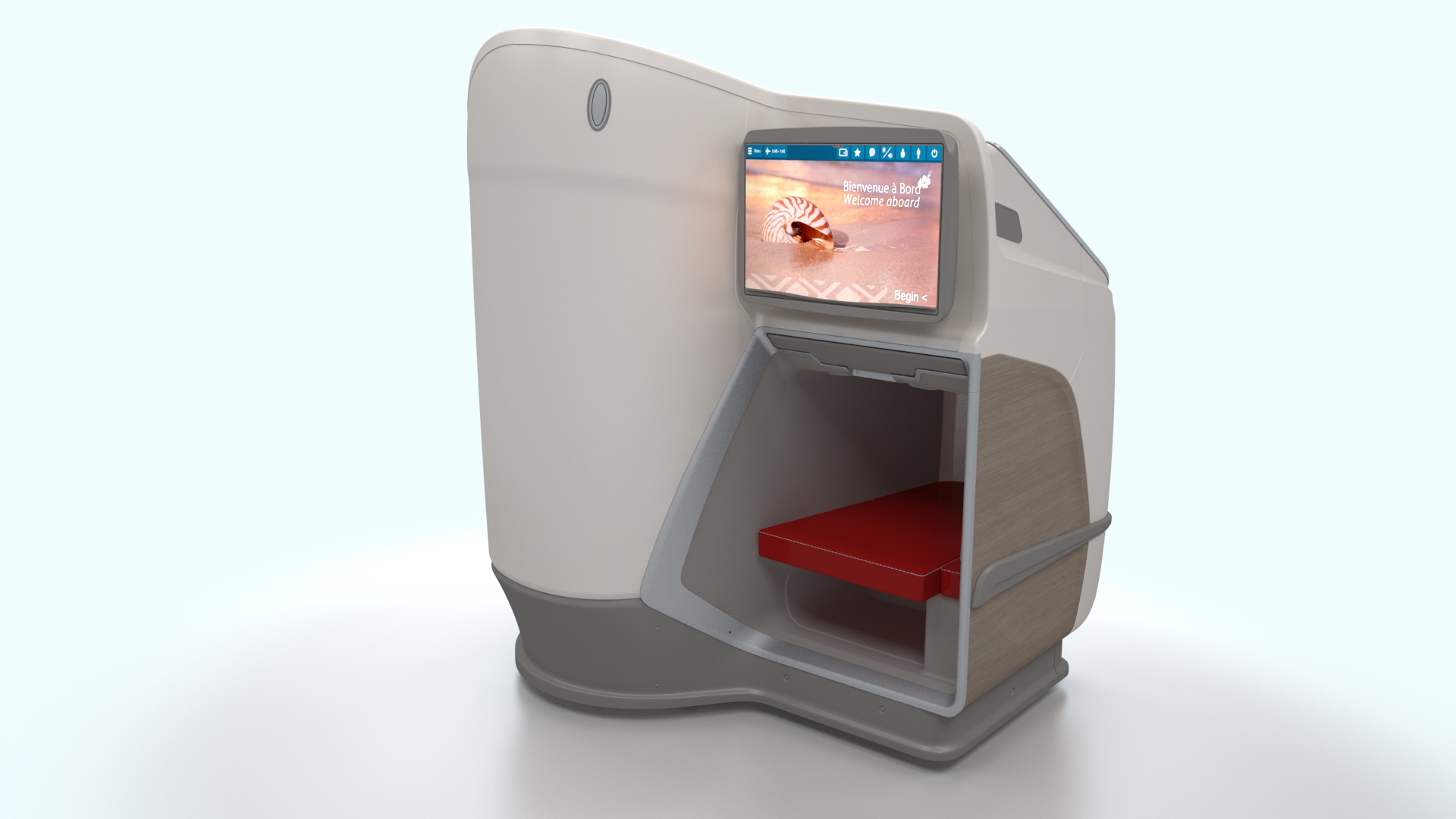 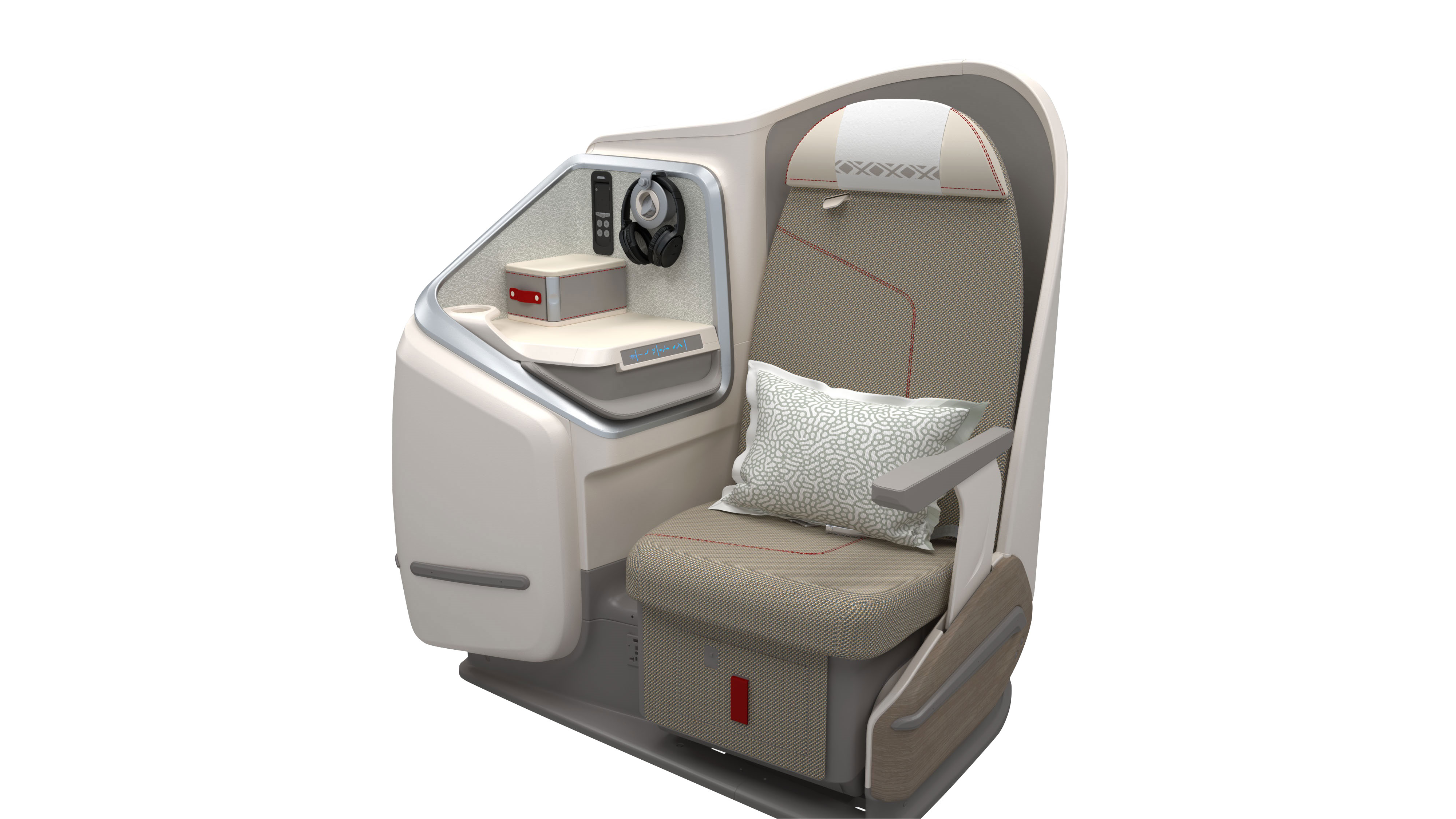 A new class, a privileged space with a seat designed to  provide maximum comfort and recuperative rest.

In honor of New Caledonia plants for a modern and warm atmosphere.

The  ZIM MAGIC  seats  provide a  new  flight experience.  They  have  been  selected   by many renowned airlines, and they have been specially  designed for the comfort  and rest of passengers, with  a 18.1°-recline, a 45-cm seating area width and a 96-cm space between rows.

The  seats   are   equipped   with   footrests, 4-position adjustable headrests, a private reading light,  wide  armrests, a cocktail zone and they have many storage areas, etc. 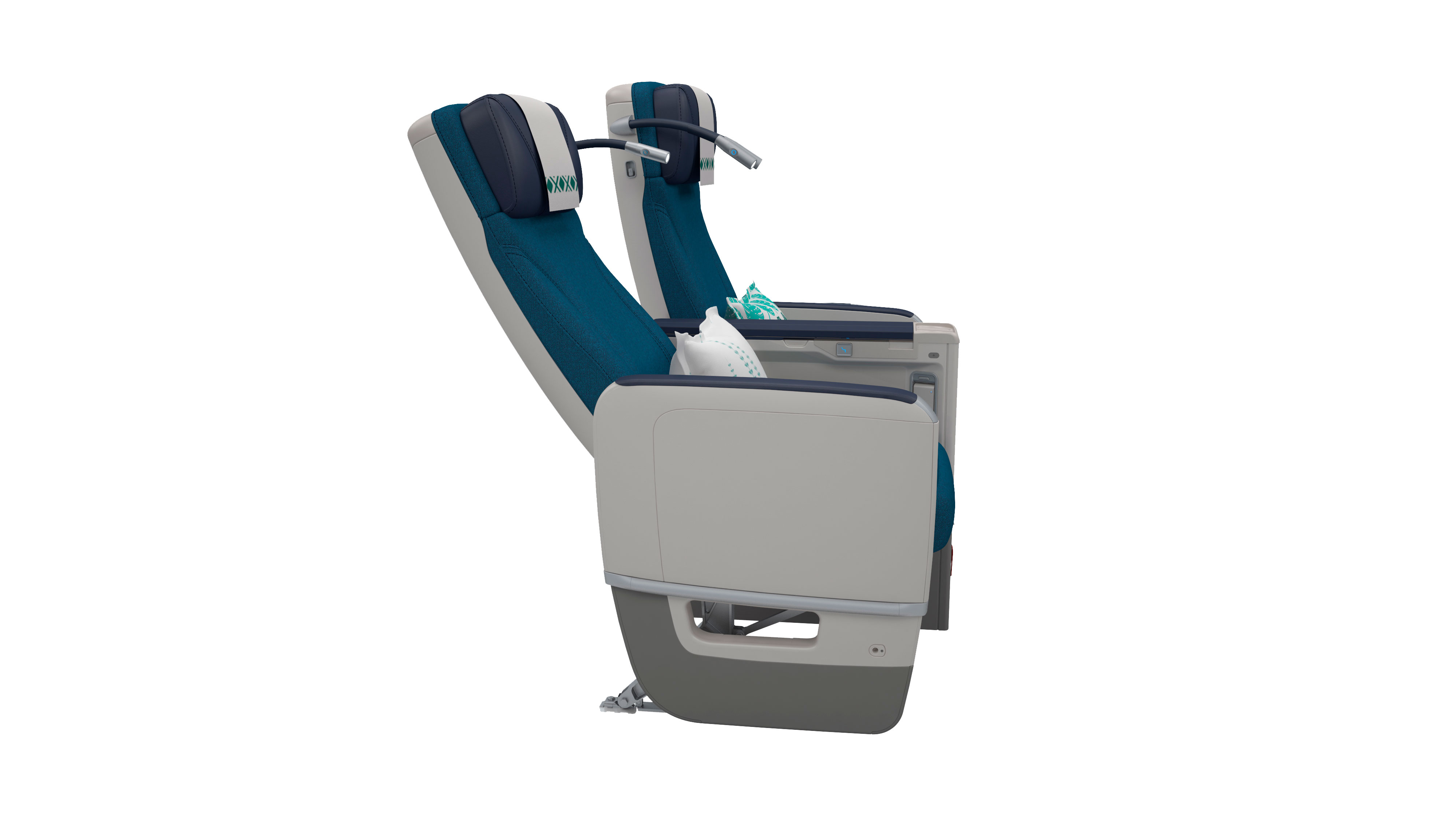 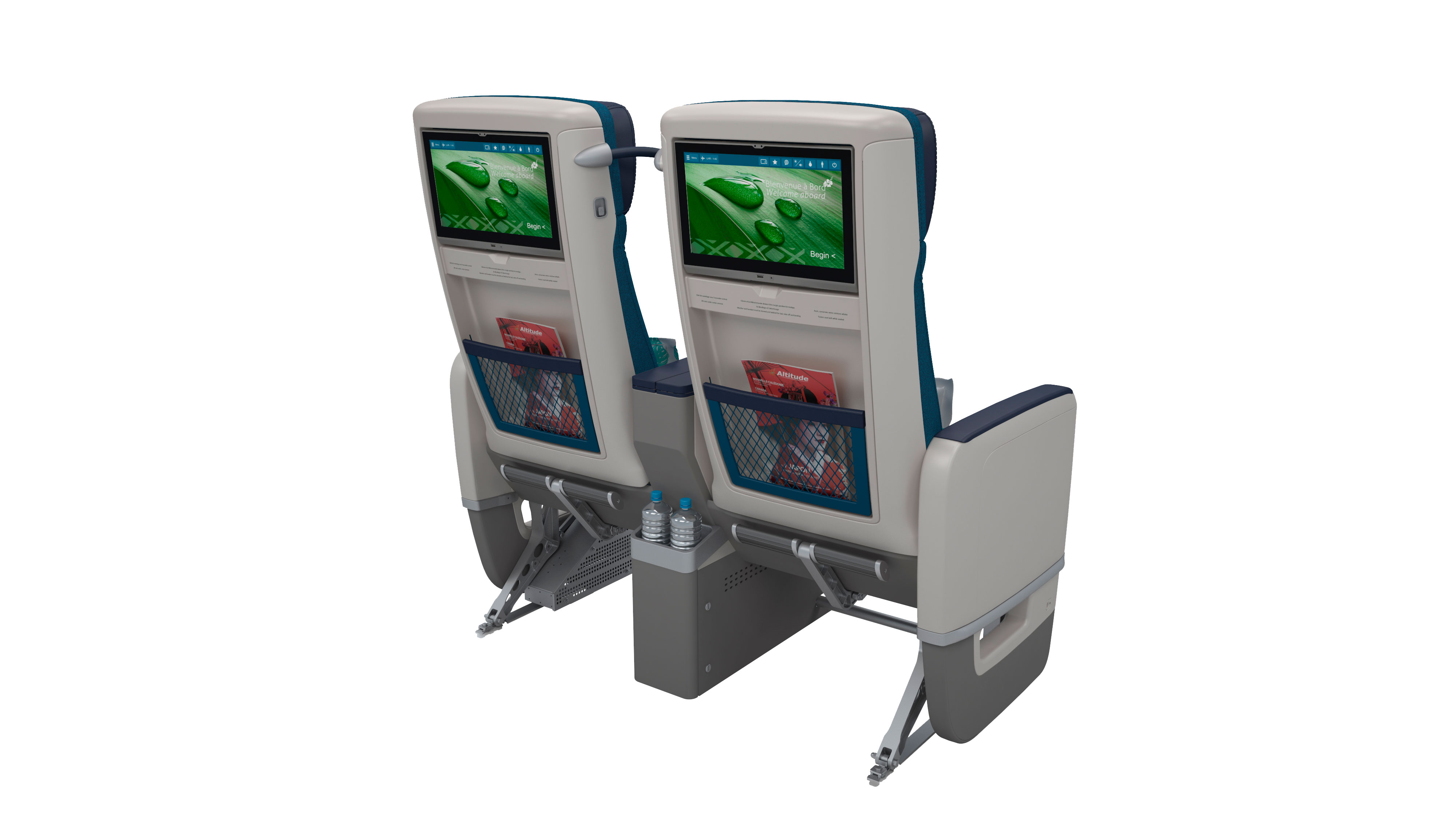 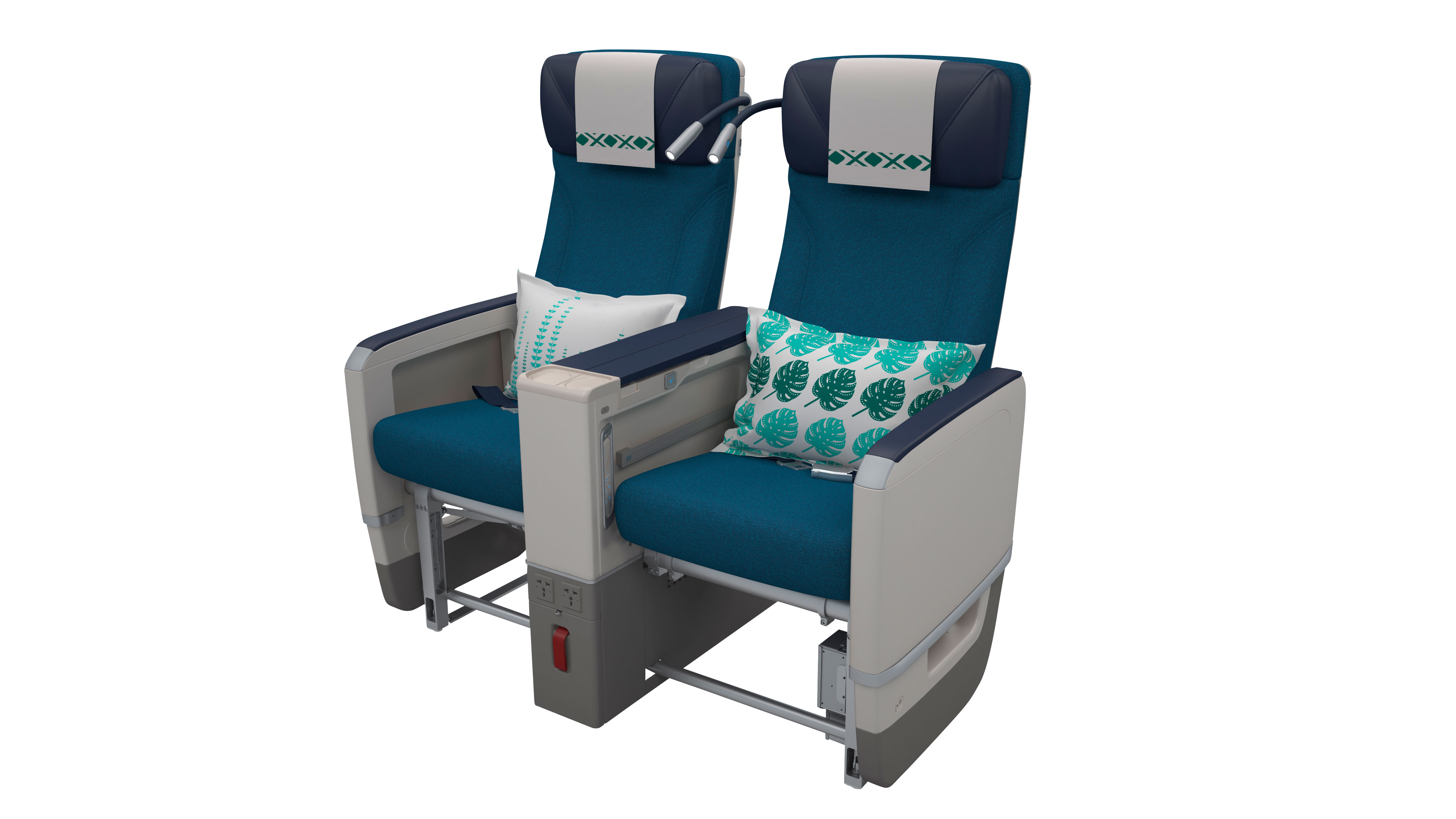 A comfortable and innovative space, condu- cive to rest, and designed for long-haul flights.

The  space between the  rows is 78.74  cm, the   seat  reclines 14.6°,  and   the   recline is reinforced by  a sliding  effect. The  seat is made of foam and  the  back  has  been specially designed  and  developed by Aircalin in order  to secure passengers’ comfort. The  seat is equipped with a footrest, a 4-position adjustable headrest, and  the  central armrests are  all lifting armrests. 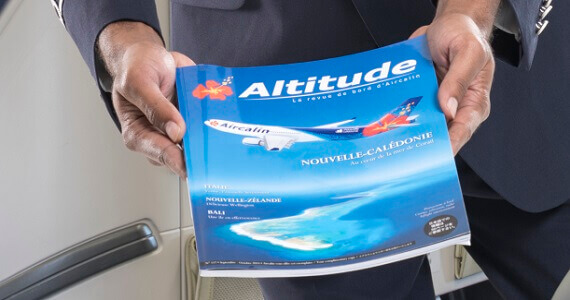 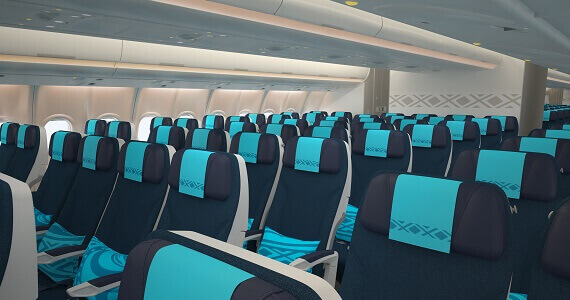 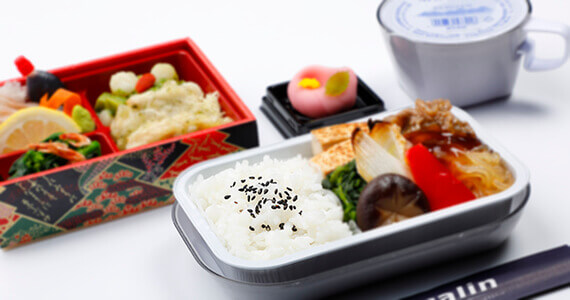 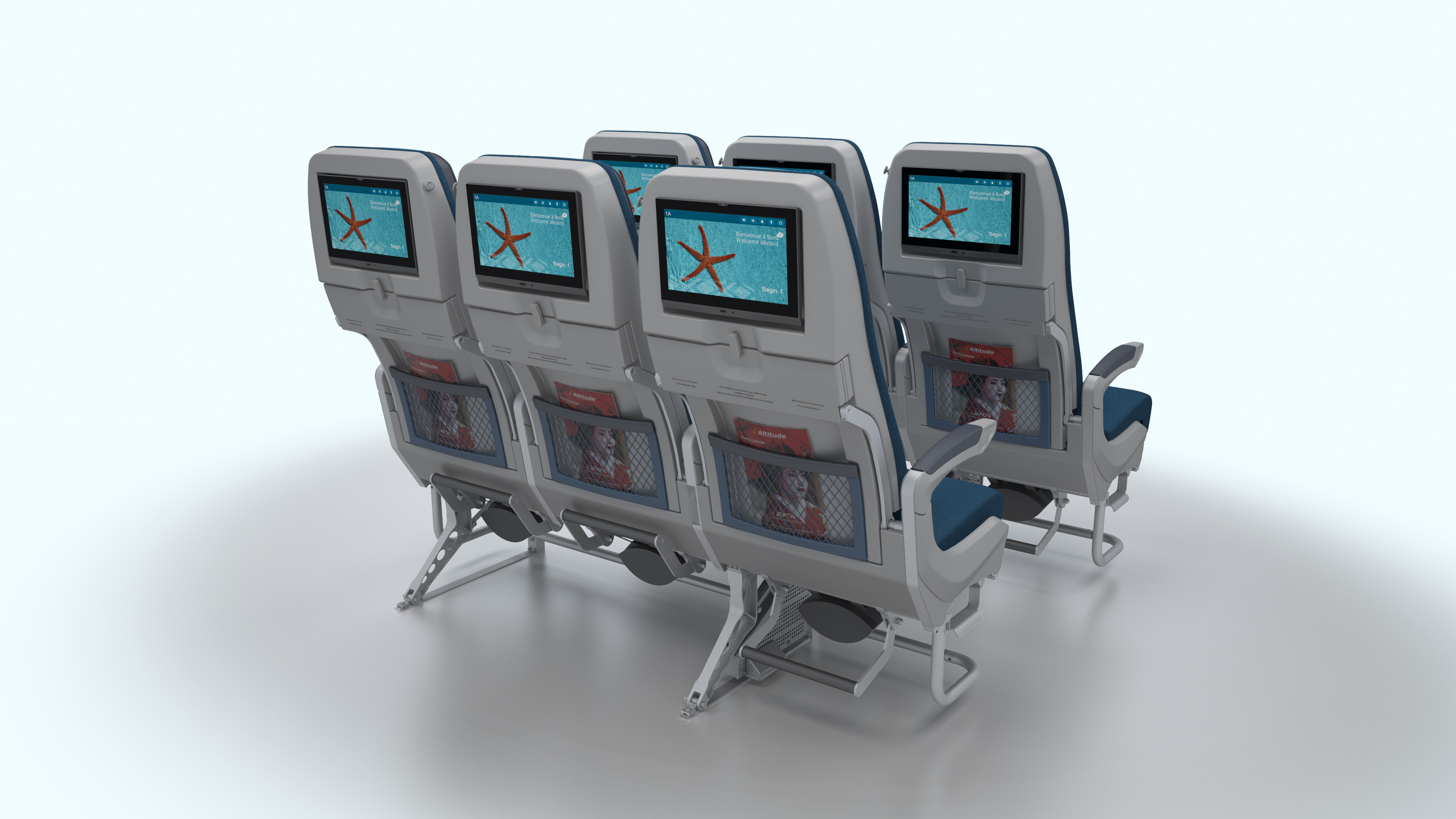 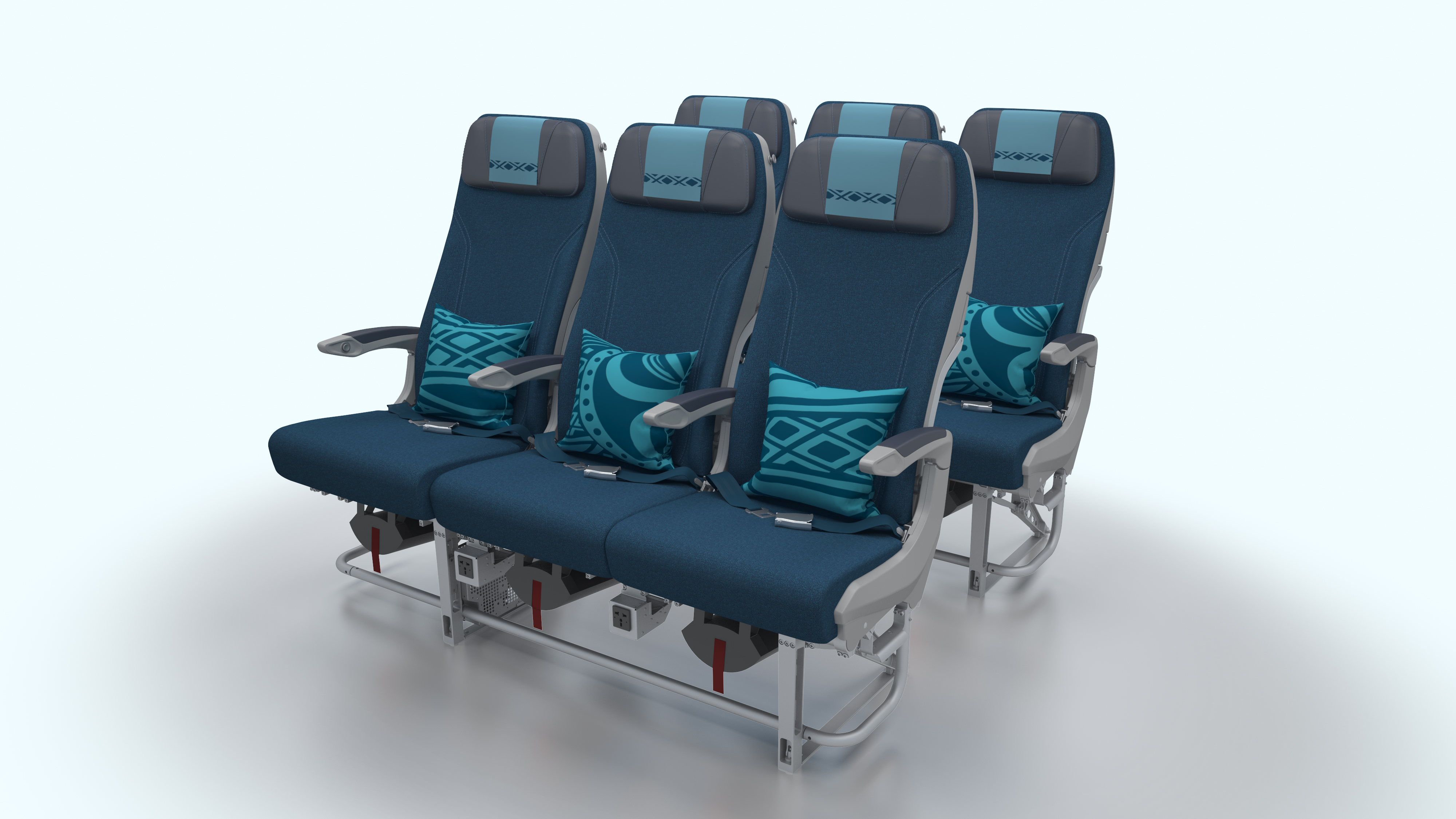 © All rights reserved.
We use cookies to ensure that we give you the best experience on our website. If you continue to use this site we will assume that you are happy with it.Ok